"Yonetsuru Jinenryu Junmai-daiginjo" is a Junmai Daiginjo that has been brewed in the cold using the sake-brewing rice "Dewasansan", which has been specially cultivated by the brewery with the reduced use of pesticides and chemical fertilizers. This brewery has been collaborating with local rice farmers for more than 35 years to cultivate sake-brewing rice for the production of sake. By being personally engaged in the cultivation process, it is able to modify the cultivation methods with the ultimate aim of sake production in mind. This sake, whose production begins with rice cultivation, exudes a refined and deep aroma and has a delicate flavor where the umami taste of rice comes to the fore. The name of this sake, "Jinen," refers to the authentic character and essence of an entity. As the first Junmai Daiginjo released by "Yonetsuru" in the 1980s, it was named "Jinen-ryu" to underscore the brewery's pursuit of the authentic taste of Japanese sake.

[About "Yonetsuru"]
The name "Yonetsuru" is derived from the bowing posture of ears of rice and the locally told tale "Crane's Return of a Favor." It incorporates a wish to create a sake that conveys a sense of gratitude and is imbued with sincerity. Under the concept of brewing that starts with rice-growing, this Japanese sake uses locally produced rice to offer a refreshing balance of scent, taste, and sharpness.

[Important notes]
We do not sell alcoholic beverages to underage. 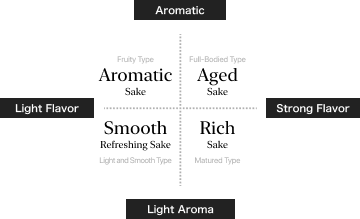 Other brands sold in this sake brewery